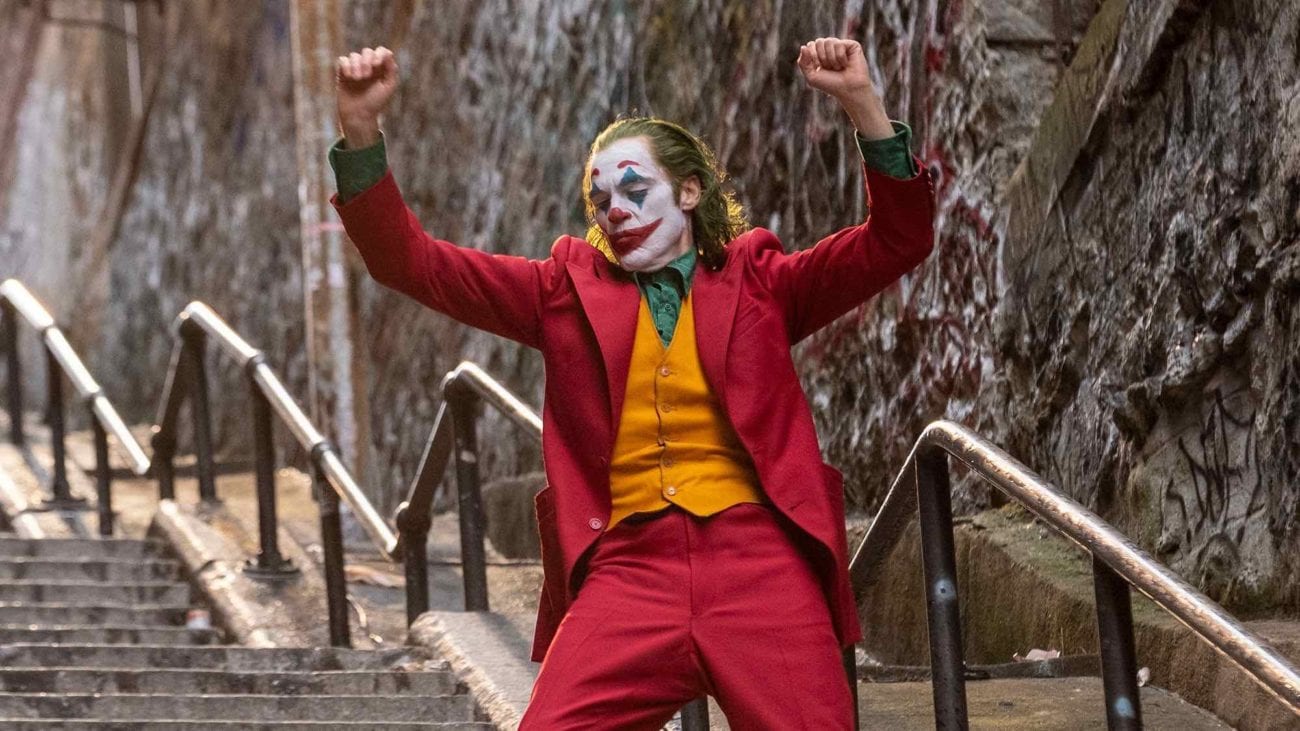 Our cultural obsession with the Joker knows no ends. We’ve seen a handful of portrayals in recent years ranging from the Oscar-winning (Heath Ledger’s posthumous honor) to the embarrassing (Jared Leto’s method thing in Suicide Squad). But early footage of Todd Phillips’s upcoming Joker, starring Joaquin Phoenix, looks like a return to the chilling Oscar-caliber character study that was Ledger’s take on the character.

In the latest trailer for the upcoming film we see Arthur Fleck’s devolution into madness. People are assholes, thugs beat him down, therapists give up on him—life is shit, and it eventually breaks him. “It’s all awful, isn’t it?” Zazie Beetz’s character asks. It definitely feels that way a lot of the time! It’s enough to almost make you understand—and even relate—to Fleck becoming The Joker. Only a performance by an actor as talented as Phoenix could manage to do that with a character so famously demented.

The official synopsis describes Fleck as “A clown-for-hire by day, he aspires to be a stand-up comic at night…but finds the joke always seems to be on him. Caught in a cyclical existence between apathy and cruelty, Arthur makes one bad decision that brings about a chain reaction of escalating events in this gritty character study.”

We also get a look at Robert De Niro’s character, who is some sleazy variety television show host.

What’s also interesting in this trailer is Fleck’s laugh, which Phoenix says he found by “watching videos of people suffering from pathological laughter.”

The film, which seems like it will follow in the footsteps of Oscar-worthy comic movies like Black Panther, will make its premiere at the Venice Film Festival. It will be released wide on October 4.