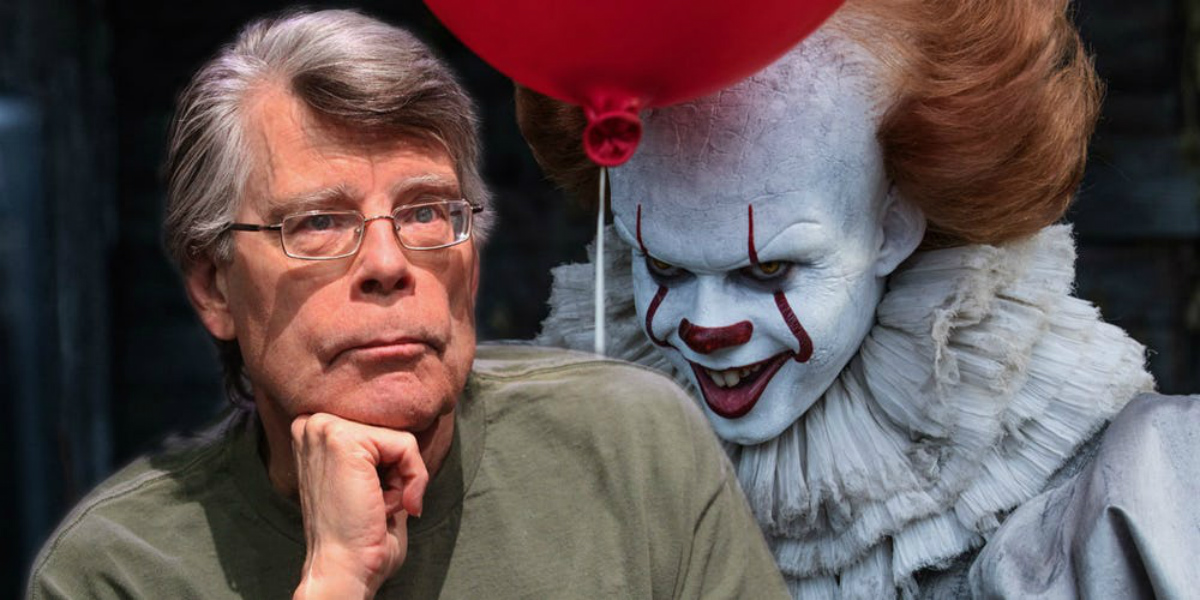 Sixty-one novels since Carrie in 1974. 24 cameos in the movies based off his novels. 306…count ’em, 306 film and novel writing credits on his IMDb page. If there’s one guy who has every right to retire, it would be Stephen King. Fortunately for fans of his work (yes, even the endings), he’ll keep on going until God himself intervenes.

The master of horror appeared on The Late Show With Stephen Colbert recently and in a nice break from the constant presidential bashing, shared with the audience his retirement plans. Thankfully, he has none.

“God will tell me when to retire. He’ll say, ‘Get out of the game, hang up your jock, you’re done.’ But until then, this is the best job in the world because no one can make you retire at a mandatory age. You can just continue until you start to drivel. And then at that point, it might be a good time for somebody to say, ‘You know, Steve, you outta stop.’ For now, I’m enjoying what I’m doing and I get to be on The Colbert Show, which is not a bad deal.”

For being 71 years old, the guy’s very much still on top of his game. The sequel to the record-breaking It is in theaters now, with It: Chapter Two continuing the tradition of scaring the crap out of people who hate clowns.

His latest novel, meanwhile, The Institute, has been out since September 10th. It follows in the tradition of Firestarter, his 1980 book whose film adaption further solidified a very young Drew Barrymore’s place on the Hollywood map. It told the story of Luke Ellis, a new “patient” at an institute where other kids with special powers are being held prisoner.

As for The Institute, here’s how it’s been described:

“As psychically terrifying as Firestarter, and with the spectacular kid power of It, The Institute is Stephen King’s gut-wrenchingly dramatic story of good vs. evil in a world where the good guys don’t always win.”

Talk about good timing. The Losers Club’s slaying ancient evil in theaters, and King comes out with a new book featuring superpowered kids. It’s almost like the guy knows what he’s doing after four decades of writing. And the year’s not over, either. Before 2020, Stephen King will have another novel-turned-movie out in theaters in the form of Doctor Sleep. Fan of the author or not, you have to admit, this guy just won’t stop.