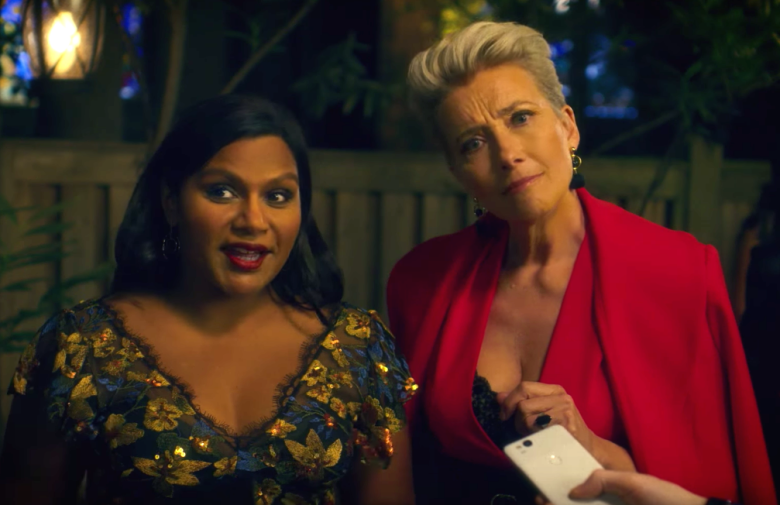 Once upon a time, phrases like ‘female lead’ and ‘female centric’ were all a film needed to have attached to them to spark my interest and have me looking upon them in an immediately positive light. I’m sure there are plenty of movies from the last decade or so that I liked more than they deserved simply because they featured female leads and passed the Bechdel test. Don’t get me wrong, representation in film both in front of and behind the camera still has a long way to go, but I really feel like we are at a point in time now where a film like Late Night doesn’t just get an automatic pass from me, it actually has to earn it.

And unfortunately, it just doesn’t. Written by and starring comic Mindy Kaling, Late Night tells the story of Katherine Newbury (Emma Thompson), a legendary but combative talk show host who faces replacement in her iconic late night slot after years of declining ratings. In order to steady the ship and breath new life in to the show that might save her job, Newbury hires Molly Patel (Kaling), an inexperienced by naturally talented writer. Initially given the job simply to make a dent in the male whiteness of the writer’s room, Molly soon begins to make an impact both on the show and on Katherine personally.

You know the drill with this kind of movie, you probably saw it executed perfectly a decade ago in the The Devil Wears Prada. What Late Night essentially does is attempt to transfer the setting from fashion to comedy writing, adding in handfuls of modern, ‘woke’ sensibilities along the way, but there is just something about the film as a whole that feels very heavy handed and forced. Presented thematically in a bullet point fashion, everything about Late Night appeals to me. A film with fun female characters that has a lot to say about the glass ceiling and double standards of the patriarchal society in which we live, with plenty of laugh promised along the way. One of the main problems, though, is that those promised laughs are few and far between. For a movie about comedy the world of comedy to only very vaguely funny itself is pretty much a cardinal sin, and I can count the number of times I chuckled on a single hand.

It might seem like a very cynical way to put this, but Late Night very much feels like it might be your older aunt’s favourite film for a little bit. It’s a crowd pleaser with warm and fuzzy edges, taking a bat to ‘the man’ but only one of those foam kid’s bats. I found myself longing for the jokes to be sharper and the overall messages to be edgier, but the script never really gets there. That’s not to say that the picture doesn’t have its moments, because I do believe that Mindy Kaling is a good writer. The flourishes of many of the central characters are very enjoyable, and they help to mask some of the more eye roll inducing turns that the overall narrative takes. In many strange ways, some of things that irk me about Late Nightare akin to the things that irked me about Green Book, but that film won a Best Picture Oscar so what the hell do I really know?

And speaking of character flourishes, no-one can execute them quite like Emma Thompson can. Putting my overall opinion of the film aside, there is no denying that Thompson is fantastic, as she tends to be. Looking like a more sophisticated Ellen DeGeneres and merely accentuating what I want to believe is her naturally sharp wit, Thompson plays a slightly more cruel character than one might be used to seeing from her, but it’s clear that she’s having a hell of a time doing it. She brings a comedic timing and natural magnetism to the part that, in truth, is of a higher personal quality than anything else in the movie.

As Molly, Mindy Kaling clearly has a lot of love for the character she is not only portraying but that she also created. She exudes just the right amounts of sincerity and vulnerability that a ‘hidden gem’ character needs to have, with an all important dash of self assurance and sharpness that makes her immediately likeable. As an on screen pair, Thompson and Kaling are a lot of fun together, it’s just a shame that the mechanics of the plot and some of the basic comedy just don’t bring the best out of them at all times. Of course, Kaling wrote the thing, so ultimately there is a conflict there between my enjoyment of her on screen presence and my less than glowing opinion of some of her story telling choices. 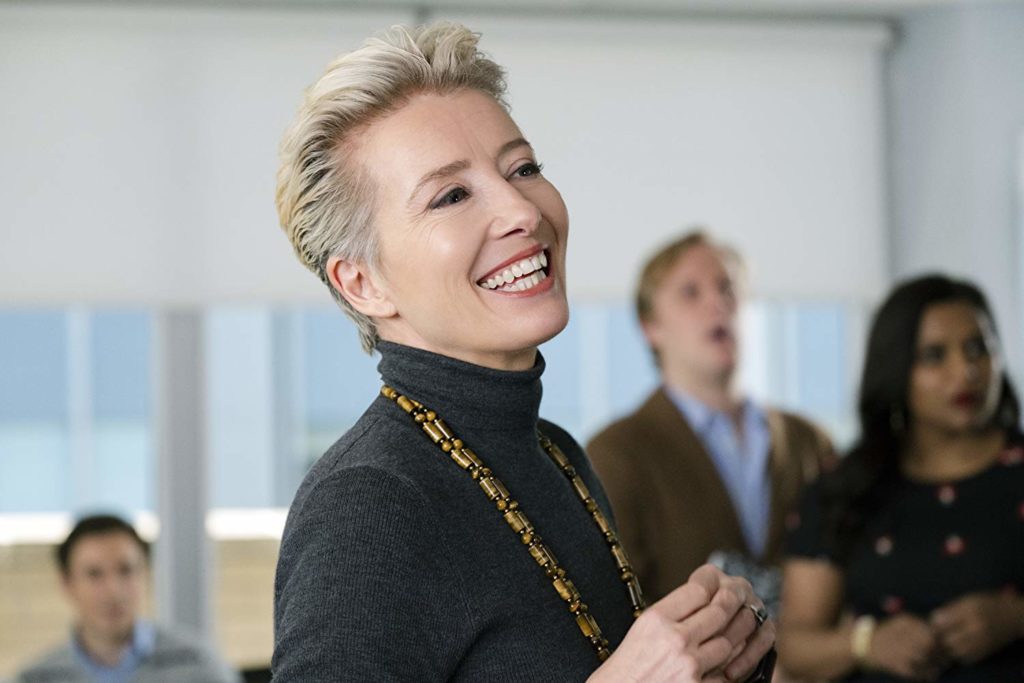 Overall, Late Night is a pretty average comedy that may very well get more praise than it deserves because it tackles some very contemporary and timely issues. I guess I have to reckon with the fact that I like what the movie has to say, but I don’t really like that way in which a lot of it was said. Fundamentally, it is a very straight forward addressing of gender politics both in life and in the work place, and maybe I just prefer my stories to be a little bit more subtle and subversive these days.