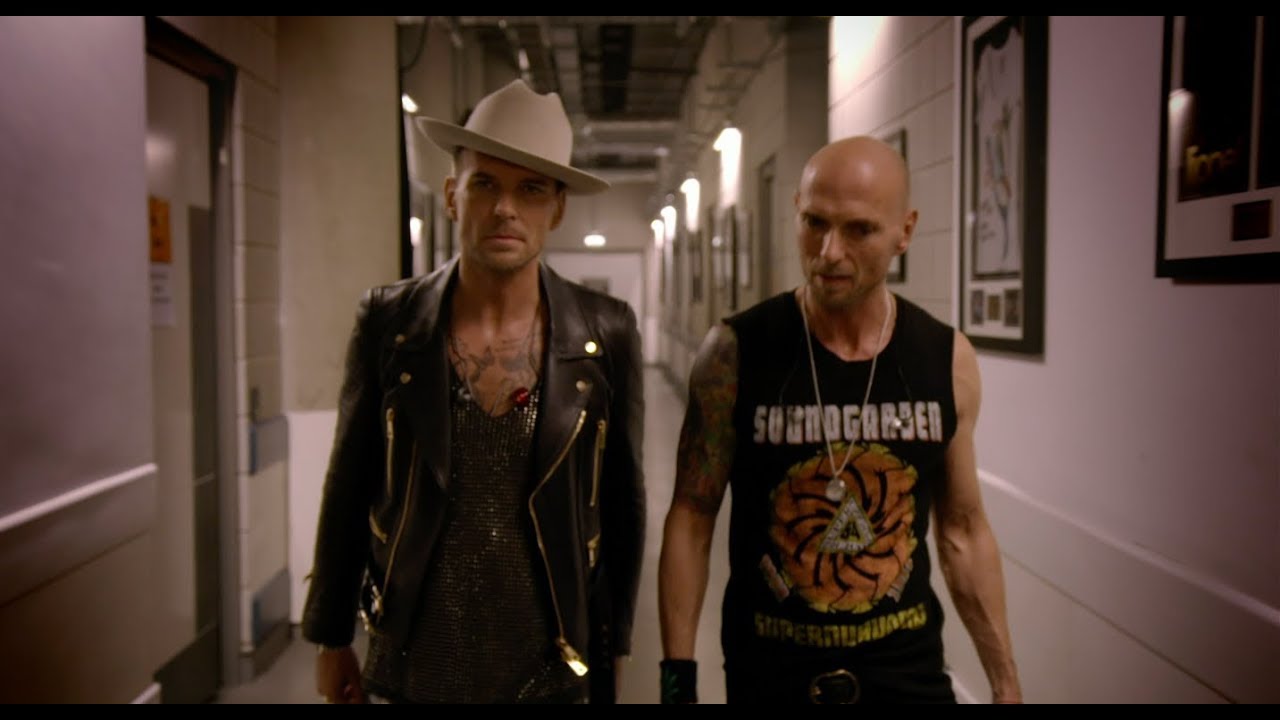 Unless you were a massive teenage Anglophile in 1988, there is absolutely no reason for you to remember the British teen-pop sensation Bros, and I know that because I was one, and there’s no reason for me to remember them either. But don’t let that stop you from watching Bros: After The Screaming Stops, because it will rip your head off of your neck.

Bros—you will be tempted to say it the way it looks, but it is pronounced bross, rhyming with Goss, the surname of its two main members, twins Matt and Luke, though this seems to be a coincidence—made a splash in their native England in 1988. Their debut album Push went quadruple-platinum in the UK, with singles “When Will I Be Famous,” “Drop The Boy,” “I Owe You Nothing,” and a power ballad that I swear to God is called “Cat Amongst The Pigeons.” “Famous” peaked at #83 in the States, and that’s about as far as they got here, but they were a legitimate phenomenon in England, becoming the youngest-ever headliners at Wembley Stadium and moving happily into the teen-idol position George Michael had just vacated. A second album was rushed out in 1989 to diminishing returns, the British tabloid press turned on them the way the British tabloid press does, a third album in 1991 barely registered, and then they broke up. The action of After The Screaming Stops starts 27 years later, as the estranged twins prepare for a comeback show at London’s O2 arena.

But if you’re anything like me, the fun really gets going when Luke Goss, now an actor in Los Angeles and a Guillermo del Toro mainstay, tells the camera “I’m a London boy at heart, you know? Big Ben. The Embankment.” And then after a pause, “Cab drivers.” In Las Vegas, where he’s been doing successful casino residencies for nearly a decade, Matt Goss says “I think the letters H-O-M-E are so important, because they personify the word home,” and then tells you about a song he’s just written called “We Are All Kings.” “It’s a song about, basically if you see a man sweeping the road, that man’s a king to me,” he tells us.

“Because I’m thankful that I don’t have to sweep the road.” It is apparent right off the bat that these are two guys who have been irreparably damaged by early, blinding fame, by adulation and its opposite, by the very star machine they still want to be a part of. You realize right away that you are watching a real-life 1980s pop Spinal Tap.

The relationship at the core of Bros is still a work in progress. Matt is the frontman, and though they’re identical twins, he remains the face of the band. Luke is the drummer, forever in the shadow of the brother born 11 minutes after him. That Matt’s vocals consist largely of tics and growls, and Luke’s work on their breakthrough album was absolutely done by a machine does not matter. These guys take the work very seriously, and sometimes, as in the key change in “When Will I Be Famous,” you can’t help but do the same.

It is impossible not to root for the comeback show to be a success. Though both Gosses are prone to tantrums, self-importance, and the dumbest philosophical musings ever committed to videotape, they’re sympathetic characters. They came from a humble upbringing, had a dream of pop stardom, and are both clearly still smarting from the reality of that situation. Theirs is a story just on the safe side of the Britney Spears continuum, and they would wear all of their frustration, disillusionment and hope on their sleeves if they were less concerned with showing off their sleeve tattoos. There is a profound warning about the dangers of fame here, and sometimes you think they realize it, and sometimes they say they love the music of the 1960’s because “I made a conscious decision, because of Stevie Wonder, to not be a superstitious person.” .

There are literally dozens of beautiful moments in Bros: After The Screaming Starts, and I don’t know if Matt or Luke Goss will ever understand exactly why most of them are so beautiful, but they’re all I want to talk about.