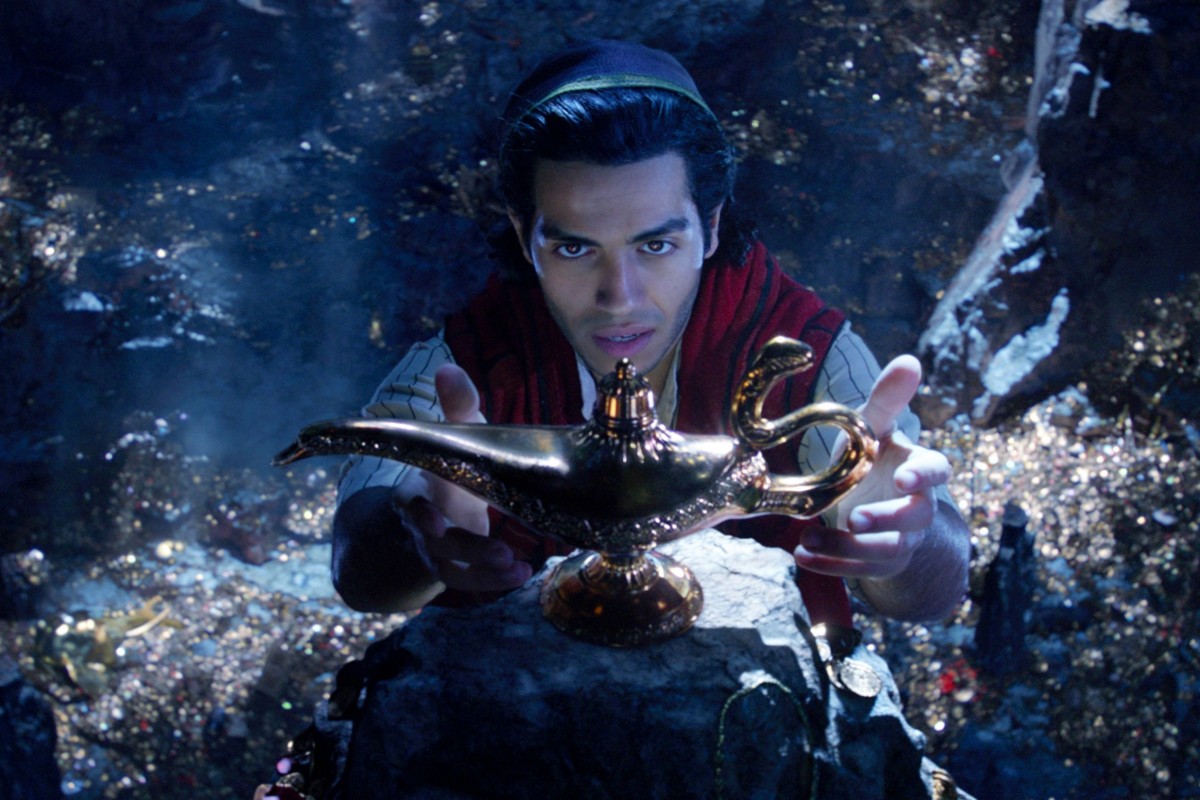 Producer Dan Lin recently took time out his schedule to chat with CBM about the home release of Aladdin, potential sequels and gave his opinion on Disney turning animated classics into live-action films.

Cruising its way to making over a billion dollars at the box-office, Aladdin recently made its debut on home release. To commemorate the release of the film on Blu-ray and DVD, CBM got an opportunity to talk with producer Dan Lin.

Lin touched on a number of topics in the interview including the huge box-office numbers, Will Smith’s interpretation of The Genie and giving Princess Jasmine more of a story than just looking for a spouse. Check out the full interview below:

“There’s no pressure to make is as successful, that’s a little bit out of your hands as a film maker. You can make the best movie that you can, and sometimes it can do really well at the box-office and catch fire and sometimes it wont. There’s a lot of factors out there, from what other movies are out there at the time to what’s the zeitgeist of the culture. The pressure for us was to just make the best movie possible as we were entrusted as filmmakers with one of the crown jewels, in my opinion, of the Disney Animation history, and how do we take that crown jewel and modernize it and tell that story for today in a live action setting. I think that’s the pressure more so then how will it do at the box-office, that’s out of our control. We just wanted to tell a story that we were proud of, and that we would be excited to see as fans ourselves.”

Speaking to that, your live action movie is longer than the animated movie. How did you pick and choose where you wanted to use the story from the animated movie, but also take your own liberties and make it its own film?

“That’s a good question, because the original directors cut of the film was longer than the one that you saw. We had to make some cuts, and we had to make some cuts on some things that we really loved in the movie. There are a few songs that we really loved that for the sake of length and pacing we had to cut. From the very beginning we looked at the animated film and said, ‘okay, these are the iconic things that we have to keep.’ There is some things like “A Whole New World” that need to stick closely to the original, and there are other things like Jasmine and her character that we want to strengthen and empower, and really flesh her out to have more aspirations in our opinion then just pure romance. We wanted her to aspire to be a leader. So when you talk about running time, that’s what really increased the running time is that we added, not only more action, but more character development.

It seemed to be a conscious effort by you guys as filmmakers to give Princess Jasmine a little bit more something to do in the movie, can you talk a little bit about that?

“We looked at the original movie and those character are fantastic, but again, things have changed, and when we were developing the characters this was before the MeToo Movement. So this wasn’t a reaction to that, this was 2015. We felt that there was more to her character that we could tell. There’s more to her story that we could tell, and more specifically that her aspirations wasn’t just to find a spouse. It’s more. We have this amazing opportunity where her father is the Sultan, and he’s an older Sultan and he’s going to be stepping down and she will have the opportunity to step up as a leader. Naturally in a movie you need some resistance, you need a villain, you need an obstacle so that there are forces holding her back. Ultimately this movie is about finding your own voice, and being true to yourself. So we really laid that in, not only through her character, but through Aladdin’s character as well. Frankly when Alan Menken and Pasek & Paul played for us “Speechless”, that just completely took our breath away. That is the perfect anthem and represents everything that she’s been feeling through out the course of the movie.”

With the entire movie, I thought it was a good balance of honoring the animated movie, but also being its own thing. Part of what your most difficult task was, was taking a character like The Genie, which is so beloved, and handing that character over to Will Smith. What was the collaboration like with that?

“We wanted him to make it his own, and we wanted to take all of the pressure off of him. He was not there to recreate a version of Robin Williams’ character. We were hiring Will Smith to do the Will Smith treatment on The Genie. And what that meant was make it as personal to him as possible, and to take advantage of all of his skill sets and full range of his acting abilities and to have him sing, dance and rap. To look at what he’s done with characters that he has created from The Fresh Prince to characters that he created in Hitch and really looking at his full range and what he’s going to bring to that table so that people will say, ‘okay. This is Will Smith’s version of The Genie.’ So that people wouldn’t forget Robin William’s, remember it (his version) fondly and honor it, but that they would understand that this is just a new version of The Genie that is very personal to who Will Smith is. He’s a very motivation character, a very aspirational guy in real life and super positive. He’s always the first guy on set, and there to really encourage the other actors. I’ve worked with other actors who that when they’re not on screen, they don’t come in and they don’t work because they can have somebody else read the lines to the actor, but not Will Smith. So much of this movie, when he is not on screen, he is there working with the other actors and helping them perform with his own Genie voice. He’s just that kind of guy. He’s a total leader, and he’s just someone that everyone on set really looked up to.”

With Robin Williams he was providing so much material that they creating scenes on the fly for the animated film based on how he would perform. Was that the same with Will Smith? Did he improvise to where you’re thinking, okay we might have to add some more CG elements that you were not planning on? 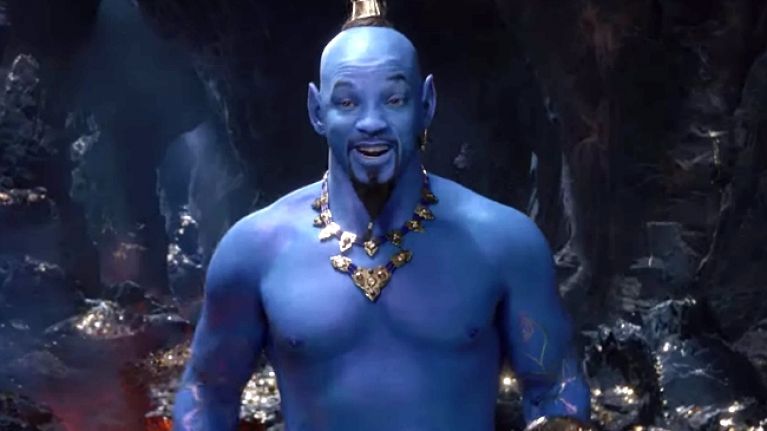 In a recent interview you had made mention that a sequel was in very early development, is that still a thing and has there been any movement on it? Or are you just waiting to see how the home release does before you make any decisions?

“I can’t talk about it too much, but the reaction we are getting from fans is just incredible. People just love the movie, and not only do they love the movie, but they have been watching it multiple times. We hear from parents all the time about how the movie is inspirational for their young girls, and how it’s a great example of a Disney Princess. So that really encouraged us. We had an amazing experience making the movie, and all of us would love to work together again so we are kicking around different ideas for the story. It’s really hard because we felt like we told the story we wanted to tell in the first movie, and now what’s a story that we want to continue to tell. So, we are kicking around ideas right now.”

Obviously, you would need to see how things go, but would like to see this become a trilogy of sorts since there are three movies with Return of Jafar and King of The Thieves?

“It’s just too early (laughs). We are just now thinking of a possible second movie right now. We aren’t even thinking about the third movie. Between Return of Jafar and Thieves, we’ve looked at both movies very closely, and some of our team is fans of Return of Jafar, some of our team are fans of Thieves and some may think that we have another story to tell. So, it’s all in the air right now, but these are all things that we are kicking in right now and fans tell us which version they want to see and it’s mixed. What’s great is that you have a passionate fan base, and everyone has their opinion and we are taking it all in.”

With all the Disney live action remakes being made, what is your opinion on all of them that are coming out?

“As a fan, I love it. What I love about it is the approach that Disney is taking towards these movies. They’re not putting it into a set process or a cookie cutter machine. They are empowering filmmakers to do their versions of these animated classics. So, then you have range from Guy Ritchie and his style to Jon Favreau on Lion King to Tim Burton on Dumbo to Niki Caro on Mulan. Every single one of these movies has a different style to them. It’s similar frankly to what they do with the Marvel movies. Marvel movies have their own personalities. What Taika does with Thor is very different from what Kenneth Branagh does with the character. They are taking that similar model of empowering the filmmakers to interpret these animated classics, and that makes me really excited not only as a producer, but as a fan. Because you just never know what exactly you’re going to get, and that’s what gets me to go to the theater.”