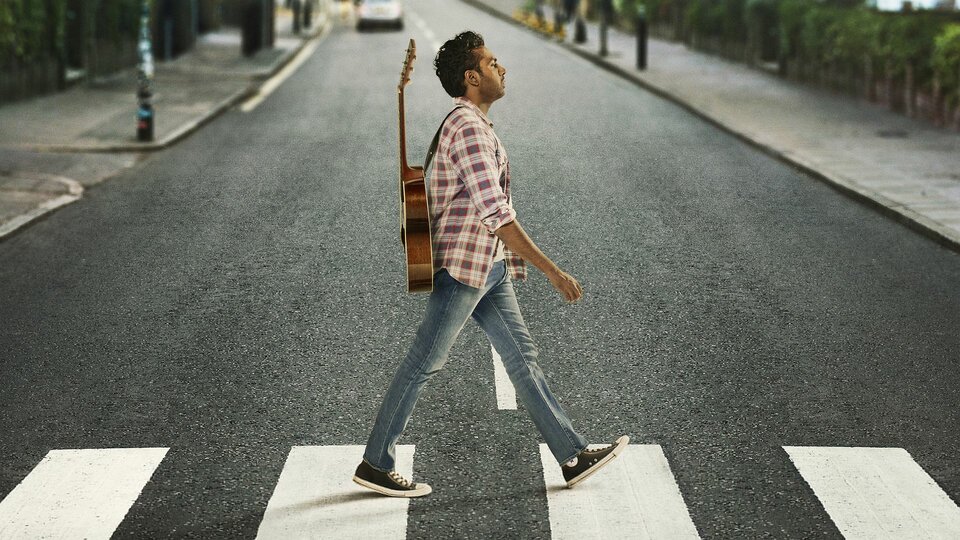 So apparently, we only make films about or based on the music of iconic British musical legends these days? With the likes of Bohemian Rhapsody and Rocketman recently celebrating Queen and Elton John, it feels only natural that that particular starter and main course combo should be finished off with a Beatles related dessert. Unlike those previously mentioned, however, Danny Boyle’s Yesterday rejects the traditional biopic genre for a much more unique type of musical celebration.

The film tells the story of Jack Malik (Himesh Patel), a failed singer-songwriter on the verge of shelving his musical dreams who, after a bump on the head and a strange brief plane wide power outage, awakens to a world in which he is the only person who remembers the collected works of the Beatles. Armed with stone cold classics like Let It Be, Hey Jude and, of course, Yesterday, Jack embarks on a morally ambiguous journey into overnight superstardom as he presents each legendary song as his own.

There is no doubting that the concept of Yesterday is an interesting and fun one, and for the most part the film is very much as you might expect it to be. A fluffy jukebox musical with a romantic comedy edge played out between Jack and his childhood friend Ellie (Lily James) in a familiar will they/won’t they, missed opportunities type narrative. In an arc that we have seen a million times before, the speed and height of Jack’s success puts a dent in his ambitions with his hometown crush, putting even more of a moral spanner in the works when it comes to his moral dilemma. The crux of the film comes down to the age old ‘would you give it all up for love?’ theme; you probably don’t need me to tell you which answer wins out.

What it interesting about Yesterday is that for a film whose premise is so outwardly silly and zany, there is actually a lot of melancholy to be felt within the narrative. As my cinema companion quite rightly pointed out, Jack as our protagonist isn’t actually happy for the majority of the picture, at various points either torn up about his initial failures, torn up about his romantic endeavours or torn up about his massive musical moral quandary. There is plenty of that signature Richard Curtis British rom-com humour injected throughout the film, but those seeking to dwell in the sadder, more pensive part of a story will also find a lot to notice in Yesterday.

Ultimately, the one thing that the film does do is have you leaving the theatre singing one, two, three or fifteen Beatles songs in your head. The rules of this new Beatles-less world might not be very satisfyingly defined, for some reason other things like Coca Cola, Harry Potter and cigarettes have also been erased, but at the end of the day the bare bones of it is just a vehicle for a film to present some era defining, genre defining songs in a new and interesting way.

A lot of the pleasure and audience engagement in this rather zany tale is absolutely down to the endearing, immensely enjoyable leading performance by Himesh Patel. As the down to earth, naturally funny and sweetly sensitive Jack, Patel is a real audience favourite right from the word go, not to mention having a more than proficient set of pipes to tackle the music. You want to be best friends with him and you want him to succeed, but most of all you want him to be happy, and this mixture of feelings helps to weave the melancholy of the narrative in to a suitably cathartic and satisfying ending, albeit perhaps a little bit predictable.

Lily James as love interest Ellie continues to be a cute and equally endearing on screen presence. It’s a shame she doesn’t get to show of her Mamma Mia!-esque singing talents, but we can’t have it all, can we? As a pair, Malik and James are achingly sweet, capturing an authentic sense of that childhood friendship turning to something more if only one would be brave enough to make the move type of love. 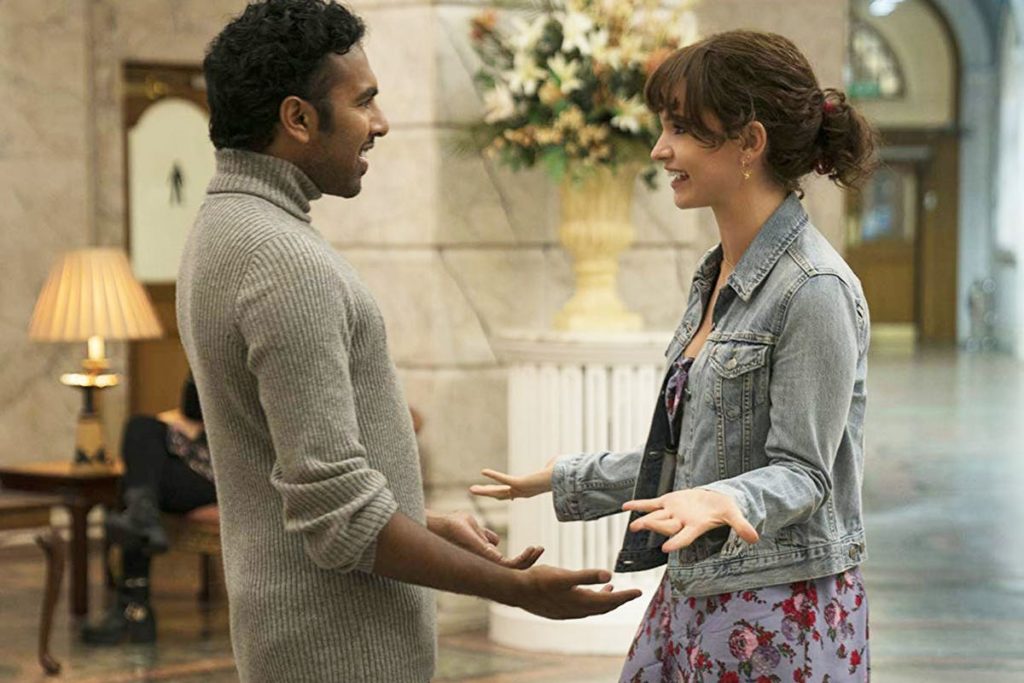 A bunch of fun supporting performances are given by the likes of Kate McKinnon, Joel Fry, Sanjeev Bhaskar and Meera Syal. If you’ve seen the trailer expecting a twenty second cameo from Ed Sheeran, think again. The dude is basically the fourth or fifth most prominent character in the film, and it’s a little bit jarring to say the least. His acting isn’t terrible, and I might be a tad harsh in saying this, but it did feel somewhat like most of his scenes were awkward sort of Comic Relief style sketches that you might see performed on a charity telethon. Let me also say without spoilers, that Robert Carlyle makes a brief appearance in the film that absolutely should not be missed.

Overall, Yesterday isn’t a great film, some people might say it isn’t even a good film, but if, like me, you happen to be in the mood for some fun, fluffy weirdness then this might just do the trick. A strong lead in a film can go a long way, and Himesh Patel really is great as Jack Malik. If nothing else, you will like falling for the film’s goofy, lovable protagonist, and you will absolutely love tapping your toes along to the music of the Beatles. Because, well, it’s the music of the fucking *Beatles*.